For the cleaning of industrial equipment, there is simply nothing better than abrasive blasting. This process is one of the best ways to remove rust, paint, oil and other surface pollutants from machinery. Sandblasting used to be the most popular form of abrasive cleaning in the UK, but has now been illegal since 1999. This article explores popular alternatives that do the job as well, if not better, than sandblasting used to.

Why Is Sandblasting Banned In The UK?

The Control of Substances Hazardous to Health 1999 reg 4(1) specifically prohibits the use of sand and any other substances which contains silica for any blasting process. This is for environmental and health concerns. Even though the silica content in sand is not high, silica is a known carcinogen and has been linked to serious long term health problems in users as well as consumers.

Grit blasting involves projecting abrasive material against a surface on high pressure. In the place of sand, angular metallic, plastic or ceramic grits are used. For many of the procedures for which sandblasting was used, grit blasting is a suitable alternative. There are numerous types of grit available, which are selected to obtain different grades of surface finish. Grit blasting is most commonly used to prepare a surface to adhere to a fluoropolymer coating.

The grit is sprayed at the surface at high pressure using a spray gun and nozzle, within a sealed blasting chamber or cabinet. Some types of grit blasting allow for the recovery of some or all of the media used, reducing the cost and environmental impact.

Shot blasting uses larger abrasive particles, including steel grits, copper shots or aluminium pellets. Because of the higher weight of the media, a wheel is used to project the media, rather than a spray gun – hence the alternative name of ‘wheel blasting’. Shot blasting is an excellent blast cleaning solution for heavily soiled surfaces, and where extensive rust, mill scale and old paint has to be removed. Most media can be recovered for reuse. As with grit blasting, shot blasting requires a specialised blast room to contain dust, prevent contamination and ensure operator safety.

We have the in-house facilities and trained engineers to offer grit blasting or shot blasting for a wide range of applications, from architectural steel to vehicle refurbishments. Call 01945 464637 today to discuss your requirements, or click here to request a quote. 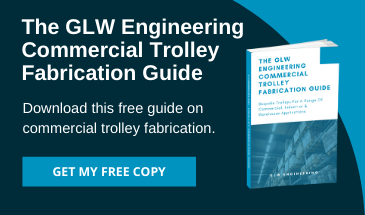